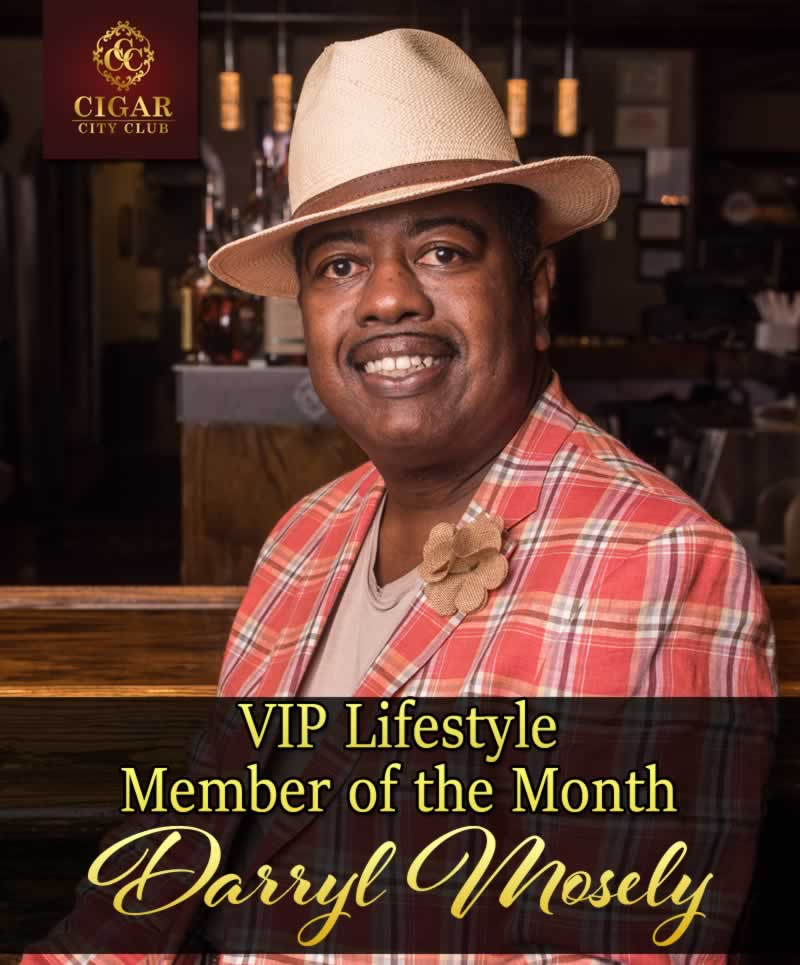 “I wanted a cigar lounge where I have an option to wear my high-end clothes, I wanted an alternative [which is CCC]”

Darryl Mosely got wind of an up and coming high scale cigar lounge from the future owner, Julius Bolton, who shared his concept of what is now Cigar City Club (CCC) during their conversation in a VIP lounge of a related venue.  This notion resonated with Darryl who felt the industry was in need of an alternative to the usual casual options.  The imagery of CCC as a semi-exclusive lounge, with chandeliers, a baby grand piano with an old school ambiance was music to his ears!  While he’s sometimes in the mood for a relaxed, sports oriented atmosphere, as a fashion connoisseur, he wanted to also have a place where he could step out with his designer threads. Darryl was present at CCC’s Pre and Grand Opening to witness firsthand this vision turn into reality — this couldn’t have come soon enough as he often thought he would have to open such a place himself, but really prefers to be a patron.

Darryl didn’t hesitate to become a CCC member as he also considers Julius to be an astute business man and impressed at his willingness to formulate and take advisement from the club’s board.  One of the highlights of his membership is attending what he regards as the top notch private member events relishing in the gifts, scotch and cigar tastings and of course the chance to be amongst his fashion equals!

Darryl recently celebrated 34 years with the Coca Cola Company where he works in Corporate Finance.  During his tenure, he became a participant in Youth Motivation Days that expose young men and women to the world of business.  Since then, mentoring has become Darryl’s passion; in particular, it’s important to him to reach disadvantaged young black males — those in single parent homes and low-incoming housing.  He finds that his mentees are often surrounded by women in church and school and thus missing a manly, fatherly presence in their lives.  He’s discovered that just a little engagement, goes a long way and opens up young men to fully express themselves.

A little known fact about Darryl is that he used to manage local artists for several years.  He was drawn to those with unique talent that have “a signature on their voice.” These gifted artists would often be able to write, perform their own backgrounds were focused on developing their crafts.  Darryl is a singer himself, hopefully one day we can convince him to share his talents at the club!  But for now you can catch him on the dance floor where he’s not afraid to let loose his provocative style!