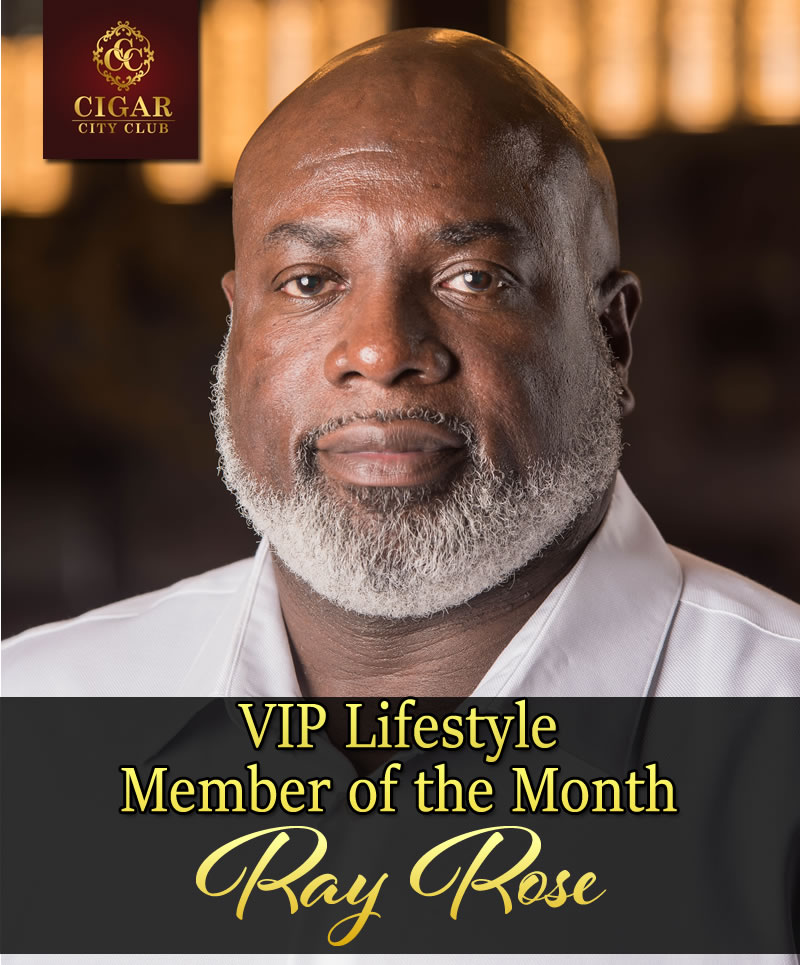 Ray Rose met one of his fellow Air Force buddies at Cigar City Club (CCC) one Friday night and immediately felt comfortable in its space.  He decided to become a member to be a part of something that fits his lifestyle and feels as a member, he now has “a piece of the place.”  Ray has accumulated many military friends over his 20 years in the U.S. Air Force; he’s able to entertain them as guests at CCC where he holds 2 membership lockers.  Although retired, he is not too far removed from his roots as he currently works for the Department of Defense (DOD) where his travel schedule allots him to visit the club a few times a month.

Two things stand out when meeting Ray… he is proud of his service to this country and is ever learning.  He retired with the Air Force as an Aircraft Loadmaster where he has over 7500 flying hours on C17 and C141 Cargo jets.  In this role, he held the responsibility to load the aircraft, calculate their weight and balance and ensure the cargo such as buses, tanks and helicopters were securely tied down, so they were able to safely take off in flight.  This depth of experience over the years has led him to his current position with the DOD as an Instructional Systems Specialist.  He credits the military for supporting his educational goals while accumulating his Associates, Bachelors, 2 Master Degrees and numerous certifications in Business and Security Management, Technology Management and Lean Six Sigma to name a few.  He is in the beginning stages of starting Cornell University’s Executive Leadership Course.  Ray is also proud he was afforded the opportunity to travel through his service starting at the age of 17; he’s been on every continent and has visited 49 out of the 50 states.  Above everything, he holds dear his comradery with fellow airmen that has led to strong friendships that have spanned decades.

Ray, we salute you for your service to this country and continued mentorship to fellow airmen.  Congratulations on being Cigar City Club’s VIP Lifestyle Member of the Month for December 2018!